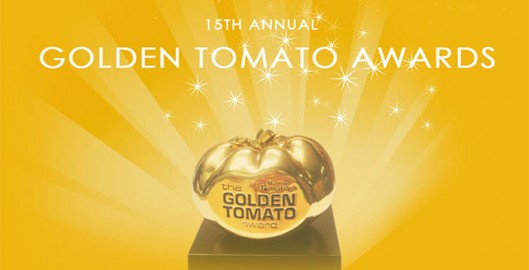 The Rotten Tomatoes Golden Tomato Awards honor the best-reviewed movies of 2013 and select one film as the highest rated film of the year. Rotten Tomatoes was launched on August 12, 1998 “to create a site where people can get access to reviews from a variety of critics in the US” according to its founder.

Rotten Tomatoes staff collect online reviews from authors that are certified members of various writing guilds or film critic associations. Top Critics generally write for a notable newspaper or news media organization. The staff then determines for each review whether it is positive or negative.

Rotten Tomatoes uses a weighted formula to account for variation in the number of reviews per movie which can approach 300 for major films. The winners are determined by the rankings, designated as the “adjusted score”, after applying a formula to compensate. For more information, visit the Rotten Tomatoes website.