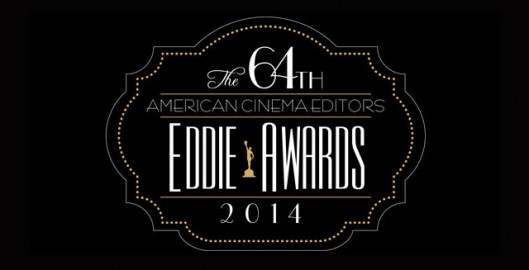 The American Cinema Editors Awards nominations were announced Friday bringing the total nominations for American Hustle, Captain Phillips and 12 Years a Slave to seven of the eight main guilds and professional organizations who announce nominees.

According to its website, “ACE, the American Cinema Editors, is an honorary society of motion picture editors founded in 1950. Film editors are voted into membership on the basis of their professional achievements, their dedication to the education of others and their commitment to the craft of editing.

The objectives and purposes of the American Cinema Editors are to advance the art and science of the editing profession; to increase the entertainment value of motion pictures by attaining artistic pre-eminence and scientific achievement in the creative art of editing; to bring into close alliance those editors who desire to advance the prestige and dignity of the editing profession.

Winners were revealed during ACE’s annual ceremony on Friday, February 7, 2014…they are indicated in bold.

The Assassination of President Kennedy
Chris A. Peterson

Game of Thrones: The Rains of Castamere
Oral Norrie Ottey

Behind the Candelabra
Mary Ann Bernard