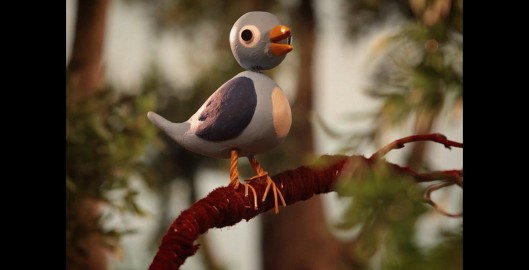 Radiohead has released a new stop-motion music video “Burn The Witch” ahead of their world tour. Directed by Chris Hopewell, the stop-motion video evokes a sinister rural setting that resurrects ‘The Wicker Man’. There’s still no title or release date for the new album.

Radiohead released their debut single “Creep” in 1992. It became a worldwide hit after the release of the band’s debut album, Pablo Honey (1993). Their popularity and critical standing rose in the United Kingdom with the release of their second album, The Bends (1995). Radiohead’s third album, OK Computer (1997), propelled them to international fame; with an expansive sound and themes of modern alienation, it is often acclaimed as a landmark record of the 1990s and one of the best albums of all time. Read more.