Quentin Tarantino – On Writing and Directing 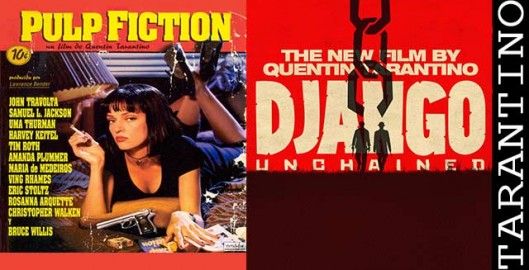 Quentin Tarantino is among the most distinctive filmmakers in Hollywood, recognized for his original films like Pulp Fiction, Reservoir Dogs, the two-part Kill Bill and Django Unchained. His unique style and reputation of breaking all the rules includes non-linear storytelling, strong women in leading roles and a pervasive atmosphere of menace in tone and dialog.

Tarantino worked as a teen at a video store, where he devoured everything he could learn about the cinema. He is often quoted about his filmmaking training: “People ask if I went to film school, and I tell them, ‘No – I went to films.’ ”

In 1992, he wrote the screenplay for “Reservoir Dogs”, an ensemble heist movie built around bloody action sequences and the type of hard-boiled dialogue that felt like a modernized Raymond Chandler-penned neo-noir. His screenplays for other people’s movies, such as “True Romance” and “Natural Born Killers,” continued to develop his reputation as a writer.

The success of “Reservoir Dogs” set the stage for the huge hit “Pulp Fiction”. It created a career return for John Travolta, provided Samuel L. Jackson his iconic role, and earned Tarantino an Oscar® for Best Original Screenplay.

“Jackie Brown” followed, and then it was “Kill Bill,” a revenge film that was so epic it had to be released in two parts – wall to wall filled with extraordinary action scenes and complex character interactions. He rewrote World War II in “Inglorious Bastards” and in 2013 he won another Oscar® for his screenplay “Django Unchained.”

From the BAFTA description:

Having shunned a traditional filmmaking education in favour of self-tuition, the critically acclaimed director of Reservoir Dogs and Pulp Fiction sat down with BAFTA to discuss the benefits of being a self taught filmmaker.

Whilst citing the obvious financial savings made by not attending film school, Tarantino went on to describe the natural progression he saw in himself by just filmmaking with no educational structure.

Writer and director Quentin Tarantino shares his process and the dilemmas he faces while writing a script in this segment from The BAFTA Guru.