The Making of a Film Score 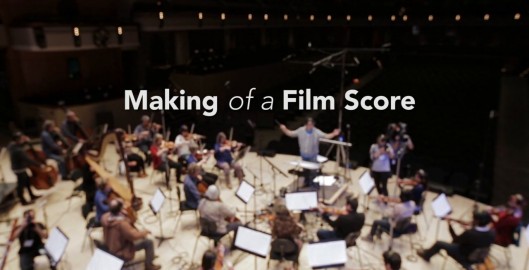 “The Making of a Film Score” details the incredible and exhausting process that goes into creating the musical character of a film, in this case a live-recorded orchestral score for the documentary series “The Great Human Odyssey”. From the film’s description:

Filmmaker and Anthropologist Niobe Thompson teamed up with Composer Darren Fung to create a magnificent musical score for the upcoming CBC series The Great Human Odyssey. In an era when live-recorded orchestral scores are a dying breed, Thompson and Fung brought the Edmonton Symphony and ProCoro Canada to one of North America’s premiere acoustic spaces: Edmonton’s Winspear Centre.

Over three days, over 70 classical musicians and a large team of sound recording engineers recorded a remarkable score, capped with a sold-out public performance. See what happened.

Take a journey around the world and back in time with anthropologist Dr. Niobe Thompson, and discover the miracle of our species. Three-part documentary series and interactive web documentary The Great Human Odyssey explores the unlikely survival and the miraculous emergence of Homo sapiens as the world’s only global species. Ancient climate research has revealed that we evolved during the most volatile era since the extinction of the dinosaurs. Just like the many other kinds of human who once shared our world, we should have died away. Instead, our species survived to populate every corner of the planet, against all the odds.

Over 18 months of filming, Niobe followed in the footsteps of our ancestors across locations on five continents, working with 22 Canadian, American and South African cinematographers, including aerials, underwater, and ultra-slow motion specialists. Equipped with the next generation of ultraHD 4K cameras, film crews worked in some of the most hostile environments on Earth, including Arctic Siberia, remote South Pacific islands, tropical rainforests and African deserts. Read more.

The Making of a Film Score