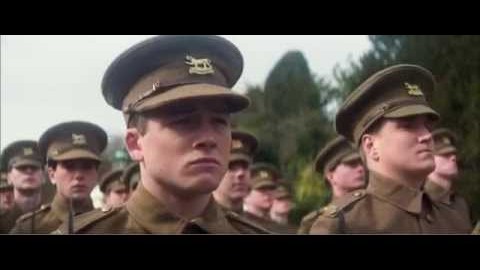 “Testament of Youth” is a World War I drama starring “Game of Thrones” actor Kit Harington and “Ex Machina’s” Alicia Vikander about a young couple struggling to make sense out of the war. The film is based on the best-selling memoir by the same name written by Vera Brittain who wrote the story as a ‘cry for outrage and agony so the futility of their deaths would be remembered’. The book was first published more than 80 years ago. From the Sony description:

Testament of Youth is a powerful story of love, war and remembrance, based on the First World War memoir by Vera Brittain, which has become the classic testimony of that war from a woman’s point of view. A searing journey from youthful hopes and dreams to the edge of despair and back again, it’s a film about young love, the futility of war and how to make sense of the darkest times.

“Striking an elegantly sustained balance between intimacy and historical scope, director James Kent’s WWI-set epic Testament of Youth encompasses nearly all of the virtues of classical British period drama and nearly none of the vices.” Review by by Leslie Felperin, Hollywood Reporter