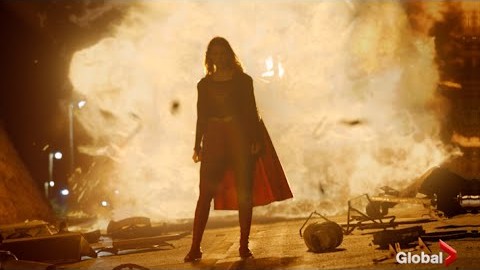 Melissa Benoist stars as Kara Zor-El…“Supergirl” in the new fall series. Based on the classic DC Comics superhero Superman stories, Supergirl hails from the same family of Krypton and bestowed with similar super powers. The Supergirl character was created by writer Otto Binder and designed by artist Al Plastino, first appearing in a story published in Action Comics #252 (May 1959) titled “The Supergirl from Krypton.” From the CBS description:

It’s not a bird. It’s not a plane. It’s not a man. It’s Supergirl. In the new drama from the world of DC Comics, Superman’s cousin, Kara Zor-El, embraces her superhuman abilities and becomes the hero she was always meant to be.

Born on the planet Krypton, Kara Zor-El escaped amid its destruction years ago with her famous cousin. Now at the age 24, she finally embraces her superhuman abilities to be the hero she was always meant to be.