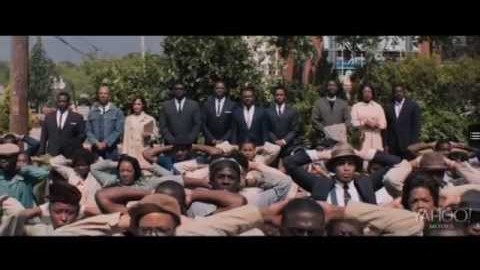 Selma stars David Oyelowo as Dr. King during the three 1965 marches from Selma to Montgomery when King turned his attention on the Alabama cities to secure voting rights there and leading demonstrations that helped convince President Lyndon Johnson to sign the Voting Rights Act. The script for Selma had languished in development for years, having been considered at different times by filmmakers Steven Spielberg, Spike Lee, and Lee Daniels with DreamWorks, Paramount Pictures, and Warner Bros. each vying for position to obtain rights to film the story of King.