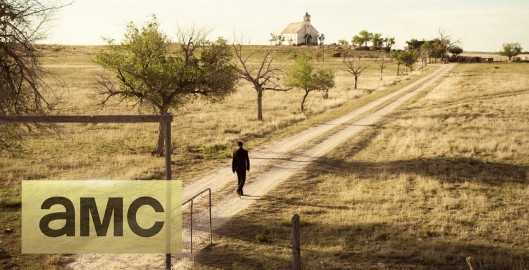 Dominic Cooper stars as Jesse Custer in the new series “Preacher” a former criminal Jesse Custer has returned to his hometown of Annville, Texas, to lead his father’s church as the town preacher, trying to fulfill a promise to his dead father. But when he’s inhabited by a mysterious entity, he’s forced to wrestle with a new kind of mission. From the AMC description:

Based on the popular cult comic book franchise of the same name, Preacher is a supernatural, twisted and darkly comedic drama that follows a West Texas preacher named Jesse Custer, who is inhabited by a mysterious entity that causes him to develop a highly unusual power. Jesse, his badass ex-girlfriend Tulip and an Irish vagabond named Cassidy come together, and when they do, they are thrust into a crazy world populated by a cast of characters from Heaven, Hell and everywhere in between.

Custer is accidentally possessed by the supernatural creature Genesis in an incident which killed his entire congregation and flattened his church. Genesis, the product of the unauthorized, unnatural coupling of an angel and a demon, is an infant with no sense of individual will. However, as it is composed of both pure goodness and pure evil, it might have enough power to rival that of God Himself. In other words, Jesse Custer, bonded to Genesis, may have become the most powerful being in the universe. Read more on iMDB.

Ruth Negga stars as Tulip O’Hare, a volatile, hell-raising force of nature, and Jesse Custer’s ex-girlfriend and one true love. She’s also a gifted criminal who’s not afraid to steal, cheat or kill to get what she wants.