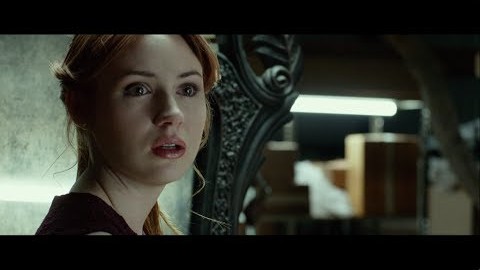 “Oculus” is the supernatural horror story of a family torn apart by murder. A woman attempts to prove her brother innocent of killing their parents by proving it was a supernatural phenomenon – a malevolent force unleashed through an antique mirror in their childhood home – the ‘Lasser Glass’. Twenty years after the murders, the brother is released from protective custody with hopes of moving on with his life, but the sister tracks down the mirror only to discover other deaths have resulted in the mirror’s history of ownership over a century.