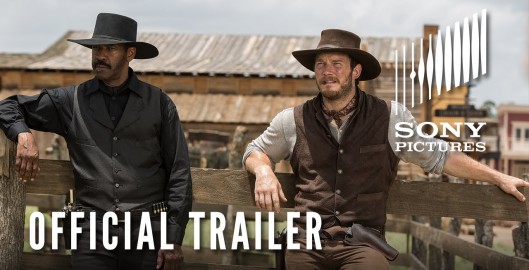 Denzel Washington, Chris Pratt and Ethan Hawke star in the “Magnificent Seven” from director Antoine Fuqua. The film is based on the 1960 Western classic of the same name directed by John Sturges, which starred Yul Brynner, Steve McQueen, Eli Wallach, Charles Bronson and James Coburn. That 1960 film was a remake of the 1954 Akira Kurosawa film “Seven Samurai.” From the Sony Pictures Entertainment description: