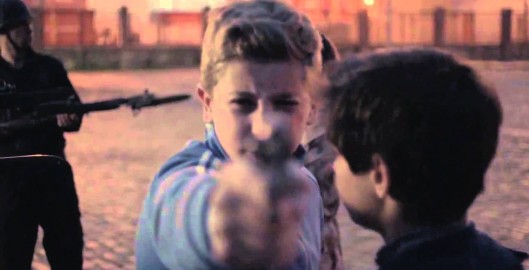 Alfred Eisenstaedt, Henri Cartier-Bresson, Robert Frank and many other great photographers used Leica cameras to record great moments of the 20th Century. More than just an anniversary tribute, the “Leica Turns 100″ video was created as an hommage to photography. From the film’s creator Brazilian ad agency F/Nazca Saatchi & Saatchi:

A new Leica “100” advertisement, relating to the Leica 100 year centennial and celebrating the opening of the Leica Gallery in Sao Paulo, Brazil. The short film recreates 35 historical Leica photos.

The short film was recently acknowledged by AdWeek as its “Ad of the Day” October 1st, 2014. From the AdWeek description:

Leica helped to move photography out from the studios and into real life. And so, in a way, it made possible every photo you’ve ever seen that captures real, unscripted, unposed life. To celebrate this, the two-minute spot recreates some 35 famous photos of spontaneous moments—and it does so delightfully and beautifully. Read more.