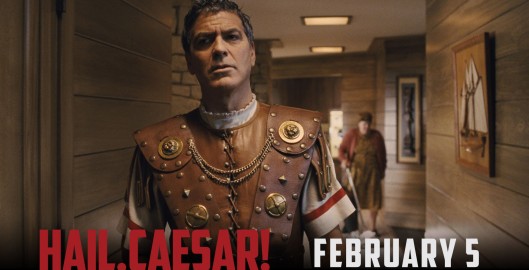 Scarlett Johansson and George Clooney star in the Joel and Ethan Cohen film “Hail Caesar”, a 1950s-era comedy about Hollywood’s Golden Age. Clooney plays Ceasar and Johansson plays a mermaid with Channing Tatum as a sailor in films within the film. From the Universal Studios description:

Brolin is the studio ‘fixer’ who has to find a way to rescue his kidnapped star during the production of the biggest film of the year. The A-list ensemble cast also includes Channing Tatum, Tilda Swinton, Ralph Fiennes, Jonah Hill, David Krumholtz, Frances McDormand and Christopher Lambert.