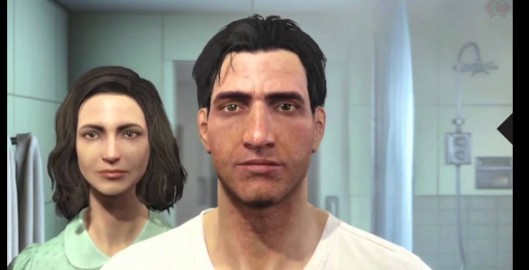 Watch the official in-game trailer for Fallout 4 – the next generation of open-world gaming from the award-winning creators of Fallout 3 and The Elder Scrolls V: Skyrim, Bethesda Game Studios. See the world premiere of Fallout 4 on Bethesda’s E3 Showcase Sunday, June 14th at 7:00pm PT. Bethesda announced the Fallout 4 release date will be November 10th, 2015 and presented a walk-though gameplay video with stunning new features including a real-life Pip-Boy…watch the video.

Bethesda Softworks is a Maryland-based video game development studio. Fallout 4 is the latest in its series of tongue-in-cheek post-Apocalyptic science fiction open-world games. Although Bethesda has not yet announced where or when the game will take place, previous titles in the series, Fallout: New Vegas, was set in Las Vegas and Fallout 3 took place in post-nuclear Washington, D.C.

In the game’s future America, a lucky few were able to survive a nuclear war between the United States and the People’s Republic of China by escaping to heavily-shielded underground ‘Vaults’ emerging many years later to discover the America they knew replaced by a savage wasteland populated by bandits and mutants. Return to Thumbnail View.