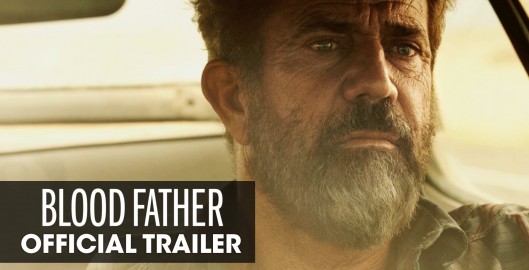 Mel Gibson stars in “Blood Father” as an ex-convict who will mercilessly do anything to save his estranged 16 year-old daughter from a drug ring. The film is based on the novel by Peter Craig. From the Lionsgate description:

BLOOD FATHER stars Mel Gibson as John Link, an ex-convict who fights to protect his estranged daughter from the drug cartel that is hunting her down. In this thrilling action film, John must use his connections from his past life and his skills as an ex-criminal to keep him and his daughter alive. BLOOD FATHER also stars Erin Moriarty, Diego Luna, Michael Parks, and William H. Macy. BLOOD FATHER will be released by Lionsgate Premiere in theaters August 12, 2016.