Birth Of A Nation 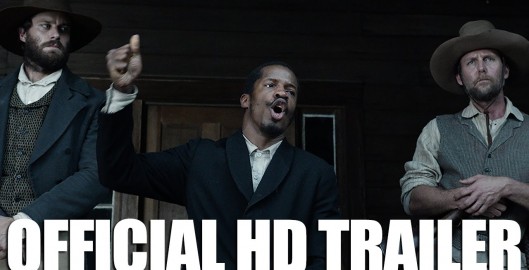 Nate Parker’s film “Birth Of A Nation” is a slave revolt drama starring Parker in the leading role of Nate Turner who led the 48-hour revolt. Parker also wrote and directed the award winning film. Armie Hammer and Aja Naomi King co-star with Jackie Earle Haley and Jayson Warner Smith. Birth Of A Nation won the Audience Award for a U.S. Drama and the Grand Jury Prize at Sundance. From the Fox Searchlight description:

Set against the antebellum South, THE BIRTH OF A NATION follows Nat Turner (Nate Parker), a literate slave and preacher, whose financially strained owner, Samuel Turner (Armie Hammer), accepts an offer to use Nat’s preaching to subdue unruly slaves. As he witnesses countless atrocities – against himself and his fellow slaves – Nat orchestrates an uprising in the hopes of leading his people to freedom.

The 2016 film uses the same title as the title of D.W. Griffith’s 1915 KKK propaganda film. In an interview with Filmmaker Magazine, Nate Parker said “Griffith’s film relied heavily on racist propaganda to evoke fear and desperation as a tool to solidify white supremacy as the lifeblood of American sustenance. Not only did this film motivate the massive resurgence of the terror group the Ku Klux Klan and the carnage exacted against people of African descent, it served as the foundation of the film industry we know today.

I’ve reclaimed this title and re-purposed it as a tool to challenge racism and white supremacy in America, to inspire a riotous disposition toward any and all injustice in this country (and abroad) and to promote the kind of honest confrontation that will galvanize our society toward healing and sustained systemic change.” Read more on Wikipedia.