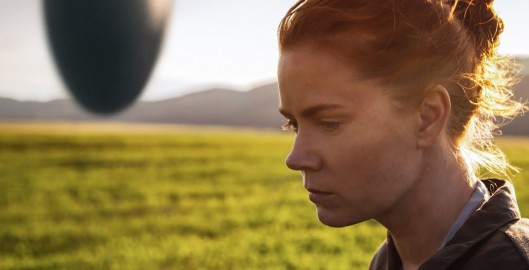 When mysterious spacecrafts touch down across the globe, an elite team – lead by expert linguist Louise Banks (Amy Adams) – is brought together to investigate. As mankind teeters on the verge of global war, Banks and the team race against time for answers – and to find them, she will take a chance that could threaten her life, and quite possibly humanity.

Villeneuve first caught attention for his 2001 film Maelström which screened at festivals worldwide and won dozens of awards, including 8 Jutra Awards and ‘Best Canadian Film’ from the Toronto International Film Festival. He followed that up with the controversial, but critically acclaimed film Polytechnique (2009) about the shootings that occurred at the Montreal university.

Villeneuve’s career exploded further with his film Incendies (2010) which received critical acclaim after it premiered at the Venice and Toronto International Film Festivals in 2010. Incendies was subsequently chosen to represent Canada at the 83rd Academy Awards in the category of Best Foreign Language Film and was eventually nominated for the award. In January 2011 he was selected as one of the top ten filmmakers to watch. The film went on to win eight awards at the 31st Genie Awards, including Best Motion Picture, Best Direction, Best Actress (Lubna Azabal), Best Adapted Screenplay, Cinematography, Editing, Overall Sound, and Sound Editing. Return to Thumbnail View.