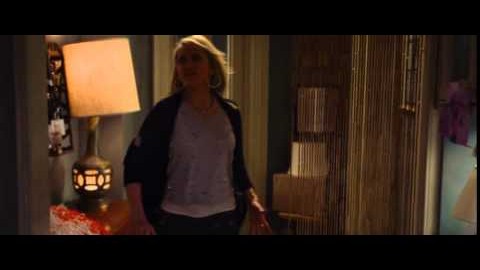 “Annie” is a musical drama set in New York that modernizes the original rags-to-riches story of a young orphan girl. ‘Daddy Warbucks’ takes the Annie into his home after his adviser suggests that it may further his political career and image. The film is based on the comic strip Little Orphan Annie of 1924 and more recently the Broadway play Annie. In the newest clip, Cameron Diaz sings “Little Girls, Little Girls”. From the Sony Pictures description:

Academy Award® nominee Quvenzhané Wallis (Beasts of the Southern Wild) stars as Annie, a young, happy foster kid who’s also tough enough to make her way on the streets of New York in 2014. Originally left by her parents as a baby with the promise that they’d be back for her someday, it’s been a hard knock life ever since with her mean foster mom Miss Hannigan (Cameron Diaz).

But everything’s about to change when the hard-nosed tycoon and New York mayoral candidate Will Stacks (Jamie Foxx) – advised by his brilliant VP, Grace (Rose Byrne) and his shrewd and scheming campaign advisor, Guy (Bobby Cannavale) – makes a thinly-veiled campaign move and takes her in. Stacks believes he’s her guardian angel, but Annie’s self-assured nature and bright, sun-will-come-out-tomorrow outlook on life just might mean it’s the other way around.