I Saw The Light Stars Tom Hiddleston and Elizabeth Olsen 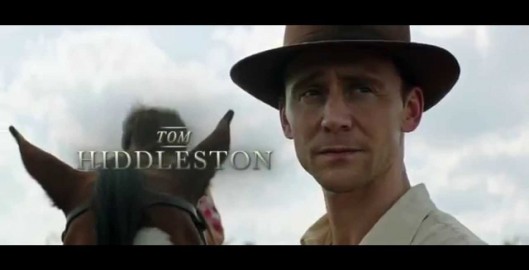 I Saw The Light Official US Trailer

I Saw The Light Movie Clip – Move It On Over

“I Saw The Light” is the life story of legendary Country-Western singer Hank Williams starring Tom Hiddleston and Elizabeth Olsen. Singer and songwriter Williams is well-known for his popular American songs “Your Cheatin’ Heart,” “Hey Good Lookin'”, “I Saw the Light,” “Lost Highway” and “Cold, Cold Heart.” From the film’s synopsis:

It is said that great art is the product of struggle and hardship, and truer words have never been spoken when it comes to the life and music of Hank Williams. “I Saw the Light” showcases the meteoric rise to fame and fortune of one of the greatest and most influential country singers of all time, but it also delves into the dark and troubled life that existed away from the spotlight.

From the drug & alcohol addictions to troubled relationships to the string of broken hearts he left in his wake, it was Hank Williams’ tumultuous existence that not only fueled his powerful lyrics and heartfelt songs, but also brought his life to its tragically short end. 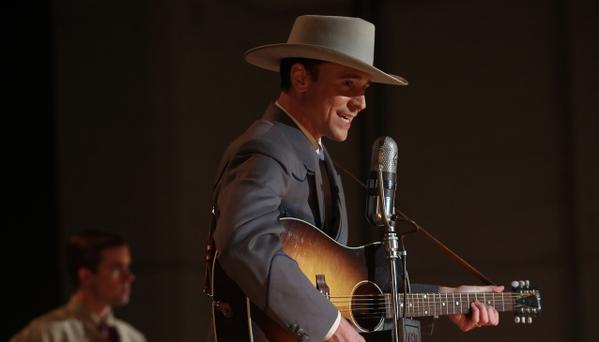 To play the troubled singer, Hiddleston honed his singing and guitar skills with Grammy winner Rodney Crowell, even moving into Crowell’s house outside Nashville to practice all day, every day. The result?

“Every note, every line, everything is Tom,” Abraham says. “He’s crazy talented. If you didn’t like him, you’d be jealous of him.” Read more.