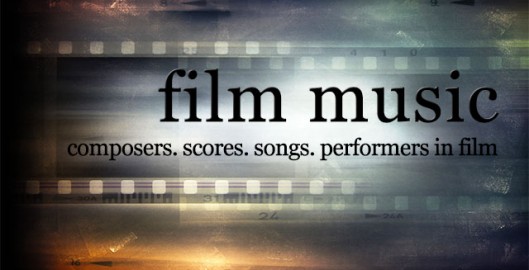 We began adding the song or score to many of the 2013 film previews. That led to compiling this list of film music that has already been recognized this awards season as a nominee or winner for best score, composer or song…you can read the awards seasons updates here.

Rather than limit the list to only the awards organizations nominees or winners, we have also included composer’s or performer’s music recognized by other notable online organizations that publish yearly ‘best of’ polls or votes for the film music category.

There are many films that might not get ‘awards’, but they may have individual elements that really stand out…like the music. We’ll add more to the list in the coming weeks.

Many of us have a real passion for music in general, and because the music in a film can be obfuscated by the power of visual images, editing and dialog, it may be a completely new experience to hear the music entirely on its own…no sound effects or dialog.