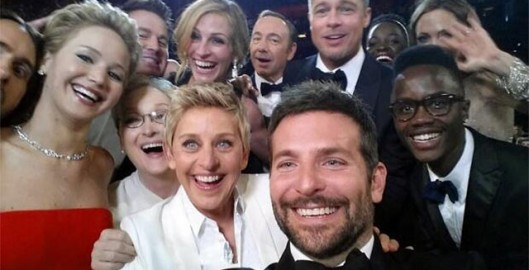 It goes without saying that everyone most likely knows that the Academy Award® Ellen Celebrity Selfie  has set a new record, but for those who missed the Oscar® Award ceremony…Ellen DeGeneres spent the better portion of the evening in the audience serving pizza and snide-snarky remarks. At one point, Ellen spontaneously (it was actually pre-planned as part of the sponsor agreement to promote Samsung’s Note 3) gathered together a group of A-listers and snapped a selfie. During the next hour, it crashed Twitters network as a result of the volume, breaking the prior record of re-tweets held by President Barack Obama’s election night victory photo – re-tweeted 777, 000 times. 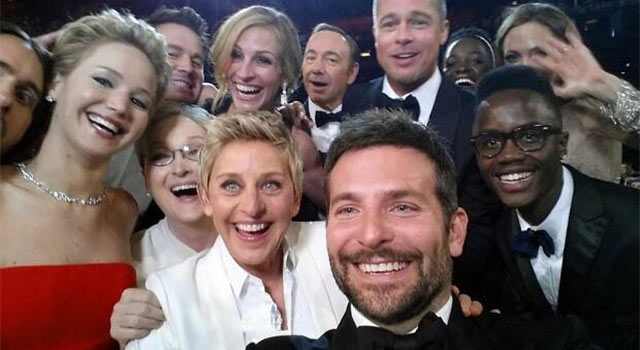