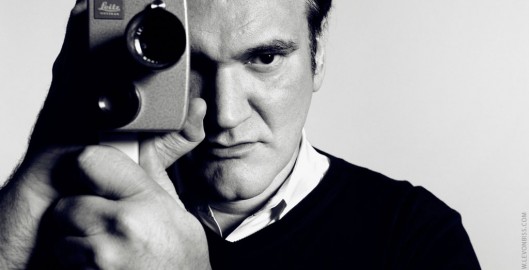 Quentin Tarantino is a master of homages. He is a living encyclopedia of film trivia and history, and each of his movies is bursting at the seams with references to past works that have earned his admiration. Take a look at some of Tarantino’s top film references…

One of the most distinct aspects of Reservoir Dogs is that all of the main characters are referred as a color nickname rather than their real name. This idea was inspired by the original version of The Taking of Pelham One Two Three, in which there are characters known as Mr. Blue, Mr. Brown and Mr. Green.

One of Tarantino’s biggest influences is the cinema of the French New Wave. One of the most influential films of this movement, Jean-Luc Godard’s Bande a Part, moved him to such a degree that he named his production company after it. Its name, A Band Apart, graces the opening of every new Tarantino film.

In Pulp Fiction, when Vincent is purchasing heroin, he is offered a bag of something that Lance refers to as “Bava.” This drug is named after Mario Bava, a renowned Italian horror film director. Bava was a major influence on Tarantino’s style as a director.

Many fans of the film Django Unchained are unaware that the name is an allusion to a much older series of spaghetti westerns. Franco Nero, the original actor to portray Django, has a brief cameo during which he discusses the name with Jamie Foxx.

Vanishing Point is a film that is referenced numerous times during Death Proof. One of the most subtle references to the film is Stuntman Mike’s watch, which is exactly the same as the one worn by Kowalski in Vanishing Point.

The title of Inglourious Basterds is actually a reference to an older film called Inglorious Bastards. Tarantino’s original vision of the film borrowed a lot from Inglorious Bastards. Although his screenplay went in a different direction as he worked on it, he decided to keep the name the same.

Quentin Tarantino is a director who is as much of a film fan as he is a filmmaker. His love of the art is expressed through countless references to films that have inspired his work and given him his own distinct style.